In the series Into Image Pascal Mayet works in a poetic idiom with the concepts of time, space and movement, and investigates how they interact with each other in the creation of an image. An image, which often consists of multiple smaller images, as is the case with Tangerine Dream, where three paintings, all of them with a tangerine as motif, together shows the painting process of the artist. For every picture that is painted, the field of vision changes, and a new reality, a new space is created. The image in an image is potentially an everlasting process. "You cannot step into the same river twice" as the Greek philosopher Heraclitus said, describing how constant change is the basis for reality. This is the process that Pascal Mayet talks about in the piece Tangerine Dream, where reality is in constant change and unfolds - not only in space, but also in time.

Not only does Tangerine Dream play with our notion of time and space, it challenges our perception of the visible world, and especially our belief in the possibility of capturing reality in a single picture. If reality could be captured in a single picture, time would have stopped, and that is why it is so important for Pascal Mayet to show us how a picture always is part of a temporal process. A temporal process which is further explored and unfolded in the pieces (in)formation and Navigator. In Navigator, the three dimensional cube in the middle of the piece is meticulously reproduced from all angles, and shows the time a viewer uses to move around the cube. The piece thus anticipates the viewers movement in space.

An investigation into the creation of space is also the basis for Fabric, where the space introduced to us in the form of drawn branches on paper, can be expanded to infinity. A tension between the visible space and a sensed space becomes apparent. We see the invisible in Fabric, and the absent becomes present.

In an almost scientific study of the reality we exist in, Pascal Mayet explores time, space and movement as the basic conditions for the existence of a picture as well as our own - an existence that more often arouses wonder than offers answers. 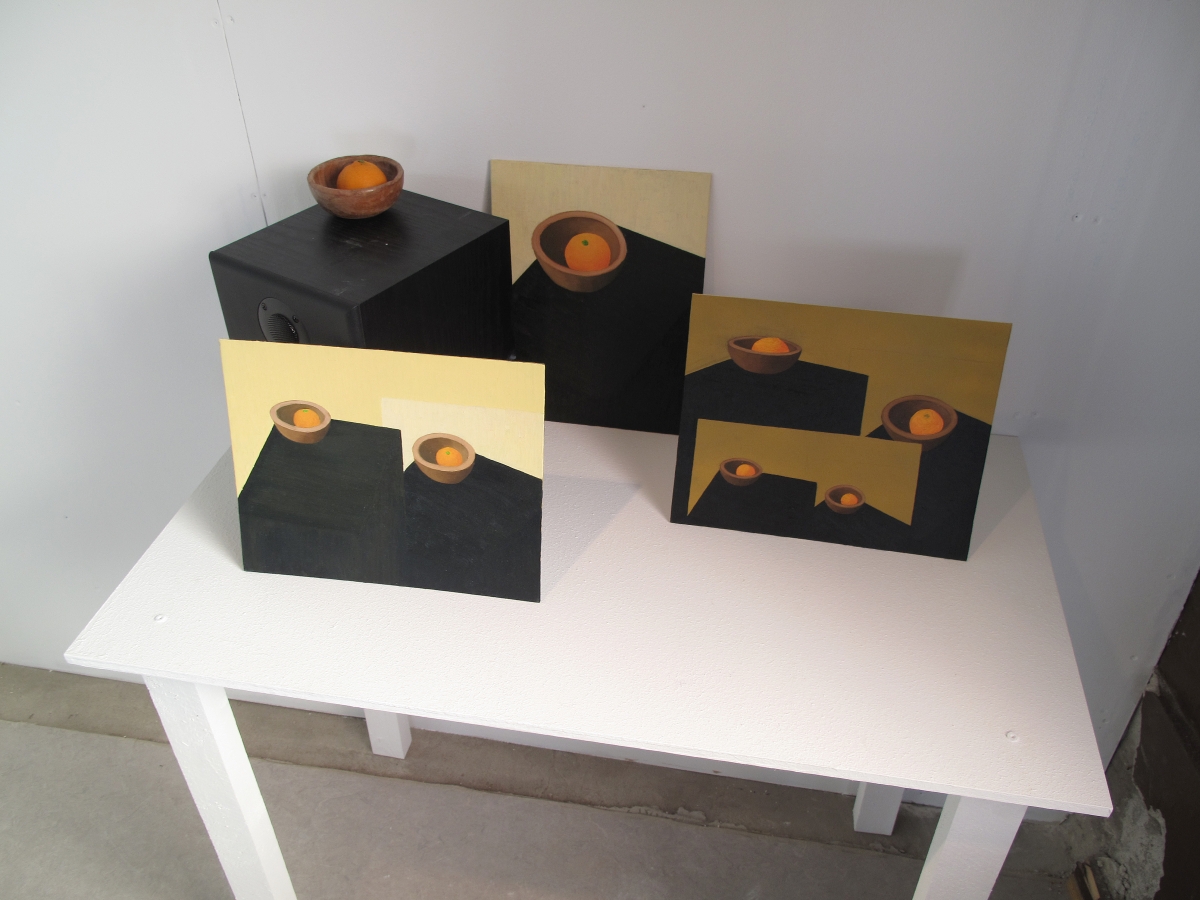 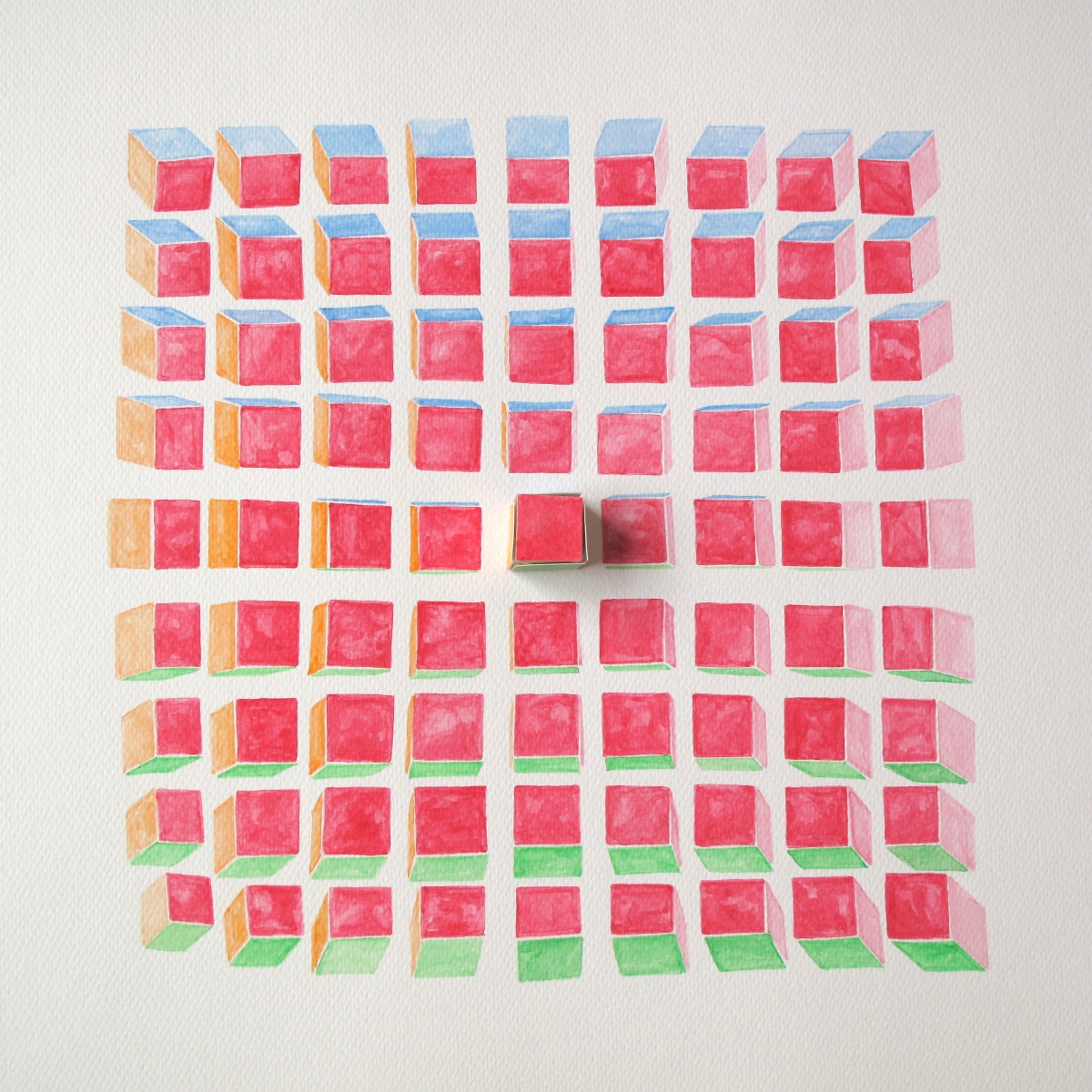 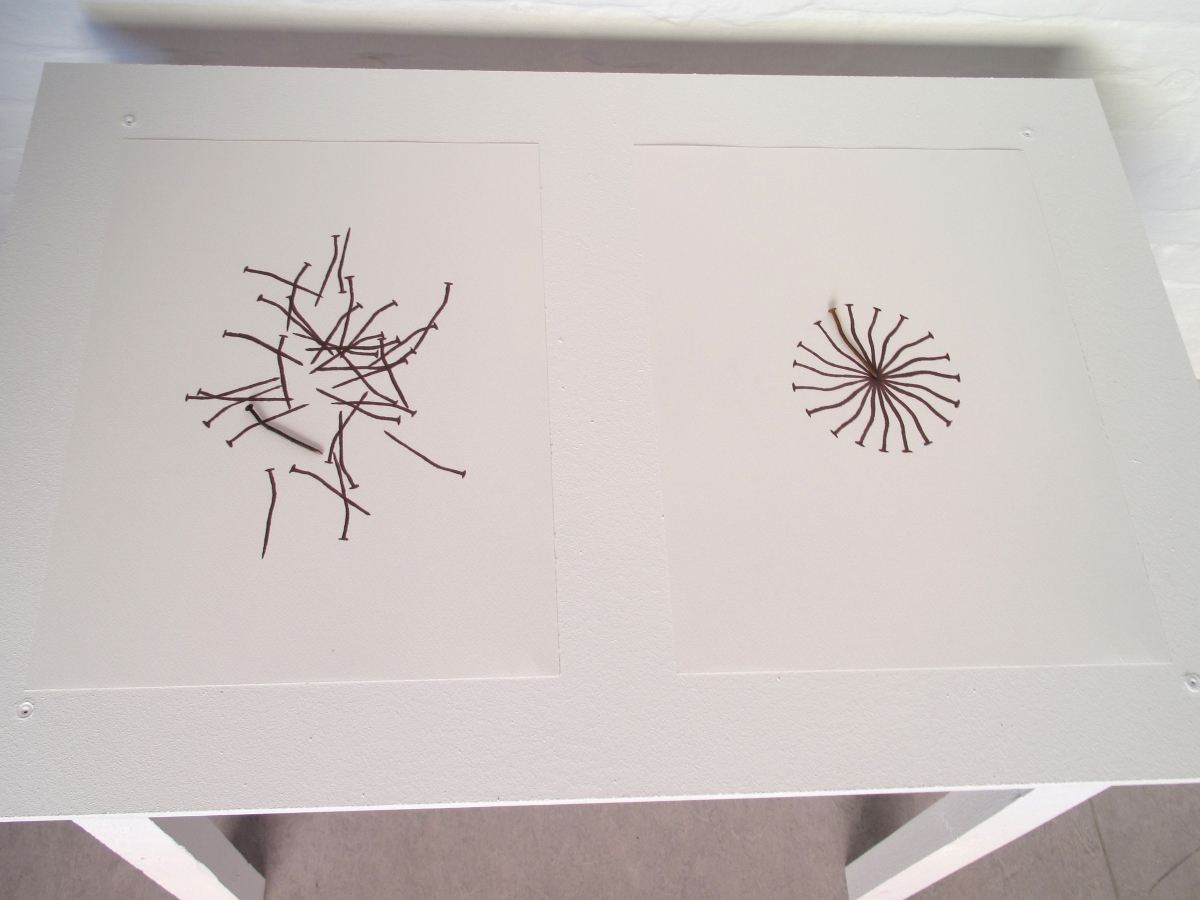